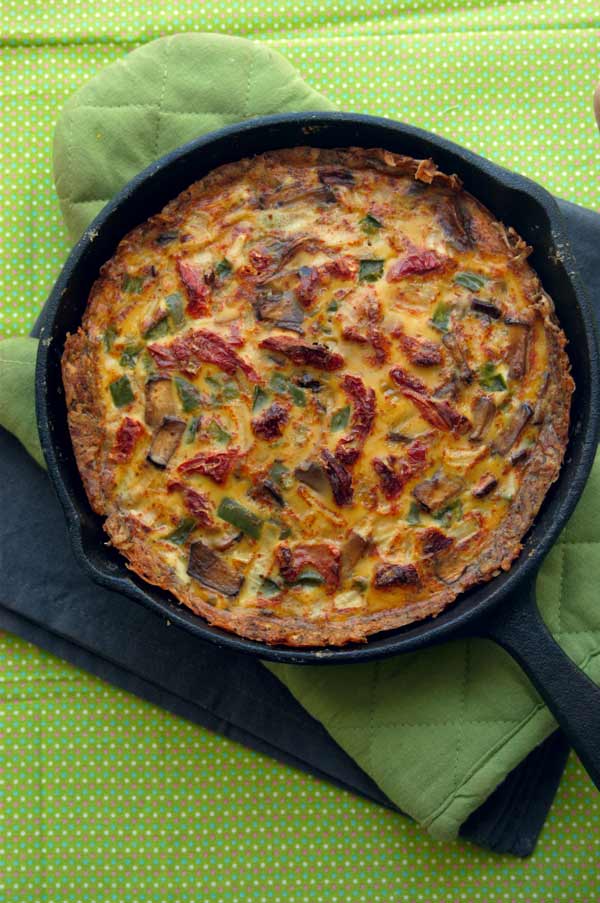 Eggs. Eggs have always been my go to breakfast, lunch as well as dinner item. Days when nothing turns out right, I curl up on the couch with a crispy egg with generous amounts of salt and red chili thrown on top along with a cup of tea in my old chipped mug and a crusty stale loaf of bread. To me it reminds of old days. Old, care free days. Those days where the only thing I had to worry was my grades. The rest used to be taken care of by itself. OR that’s what I used to think growing up.

Frittatas, quiches, scrambled eggs, egg curry, I love them all equally.I think it is in my genes. I remember some nights, when my mother used to feel like cooking nothing at all, then she would throw together a lovely meal of skillet frittata with all sorts of vegetables she could lay her hands on. I would be the chopper somedays while my father had the task of keeping a watchful eye till the frittata turned golden and glowed with veggies. I remember waiting anxiously and having my plate ready by my side so I be the first one to pick the best slice of it all. 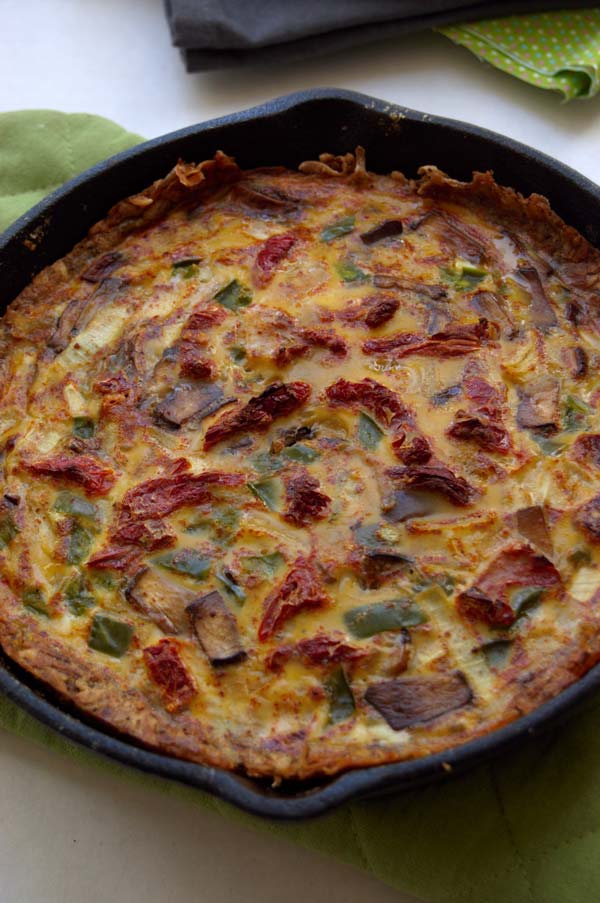 I don’t come from a family of picky eaters. We love our food and I remember my mother always stressing on eating healthy, seasonal and fresh foods. I feel that reflects in my cooking style to this day. But there was one thing about which my mother would go beyond the limits. Fried egg. For her there was a thin delicate line from the egg being under done and over done and I remember we having our little disagreements over it more than often. For her a little overdone egg meant a weird burnt smell and which was by no chance edible.

Whenever I make myself eggs, I remember that instance and it fills my heart with fond memories. Last night was no different. As you remember after my recent recipe disasters, I felt we deserved something better and so I baked a quiche.

Healthy crust-less and cheese-less quiche with a twist. Hash brown crust made crisp until golden and crunchy on the stove and then a filling of eggs + vegetables + seasoning thrown on top and baked in the oven to a golden perfection.

I devoured half of it in flat 5 minutes and I suggest you to have it just out of the oven ( but watch, don’t burn your mouth). The tang of hot sauce, the crunchiness of potatoes and the soft egg vegetable mix makes it a satisfying meal anytime of the day.