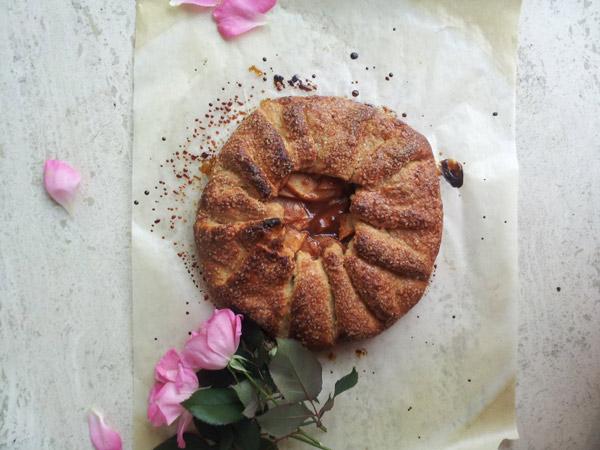 Last month when we went apple picking, I had big plans. I was planning to make use of all those apples
to make apple butter, apple pie, apple crostata or galette, apple doughnuts and this cake. Whole month spent in packing, the apples were pushed aside and the easiest use I could put them to, was for juicing. I was on a juice kick and apples helped make the green juices taste way better. Time passed by and I finished 10 pounds of apple but never made a thing from that  list.

Recently when my computer went lifeless, I realised that all our photos of apple picking adventure no longer exist and than I was filled with sudden sense of guilt as ages ago I promised you guys to share the trip details. So here I am, without any photos but yes with a winter worthy dessert whcih will make your home smell like an apple farm, in a good way. 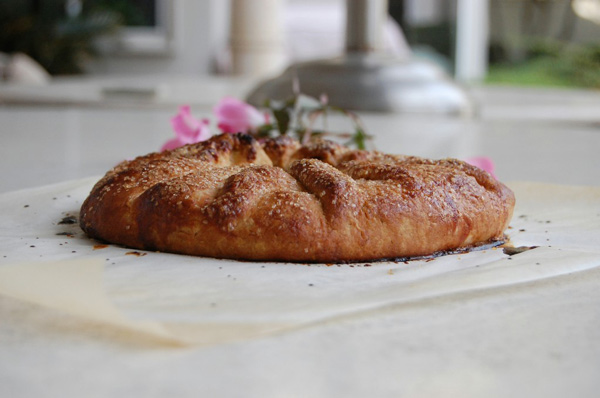 Making crostata or galette is one of favorite task. It takes my mind to a peaceful zone. I love the act of making dough with cubes of frozen butter, breaking them into crumbs with fingertips and the way it all comes together.  The best thing about these type of desserts is that whatever kind of fruits you have on hand, chop, mix them with some lemon juice and sugar. Let it macerate, fill them up in a buttery dough layer and bake and you are sure to be greeted by something delicious.

Save Print
Author: Naive Cook Cooks
Ingredients
Filling
Dough - Adapted from SmittenKitchen via SproutedKitchen
Instructions
Filling
Assembley
Notes
You can play around with different fruits or vegetables. Considering its almost winter in this part of the world, I would suggest may be a combination of pumpkin/squash with brie, spicy potato filling or pear with apples and so many more.
3.5.3208
More Dessert Recipes: