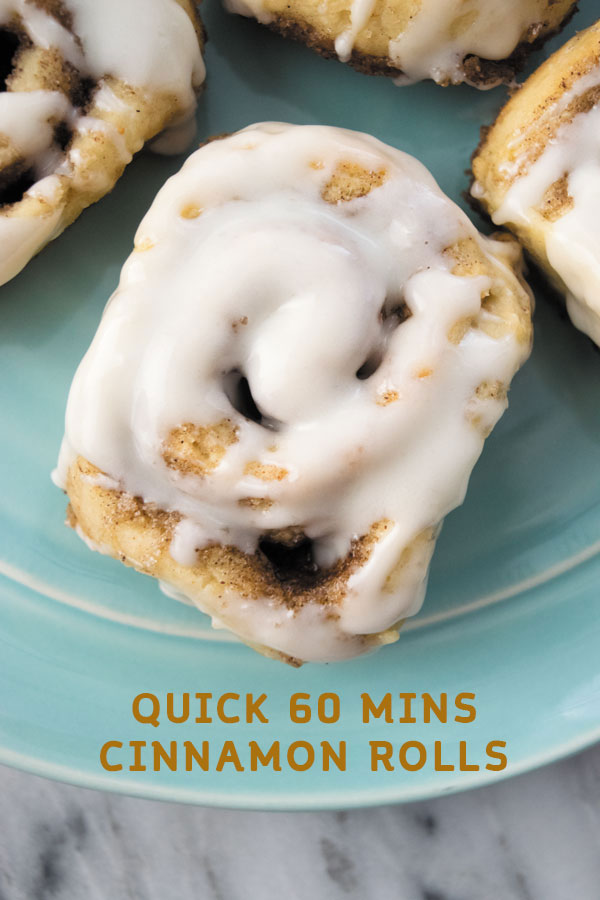 Cinnamon rolls & weekend have always gone hand in hand. Even though coffee & cinnamon rolls as a quick breakfast on the way to work has been every American’s favorite choice of breakfast for long, I prefer to save them for the weekend.  Because well breakfast in bed with continuous supply of hot coffee, soft melt in mouth cinnamon rolls immersed in that luscious cream cheese frosting and your favorite show on TV is how my weekend looks once in a while and I won’t trade it for anything in the world!

In my opinion, weekend are seriously not the best days to venture out for brunch because the WAIT!! Last time we waited almost 2 hours before we were able to get a table and seriously for me that’s the worst nightmare on a weekend – waiting for a table as every good brunch place is packed!

So I found a solution and these Quick 60 Mins Cinnamon Rolls are exactly what I have been making lately. 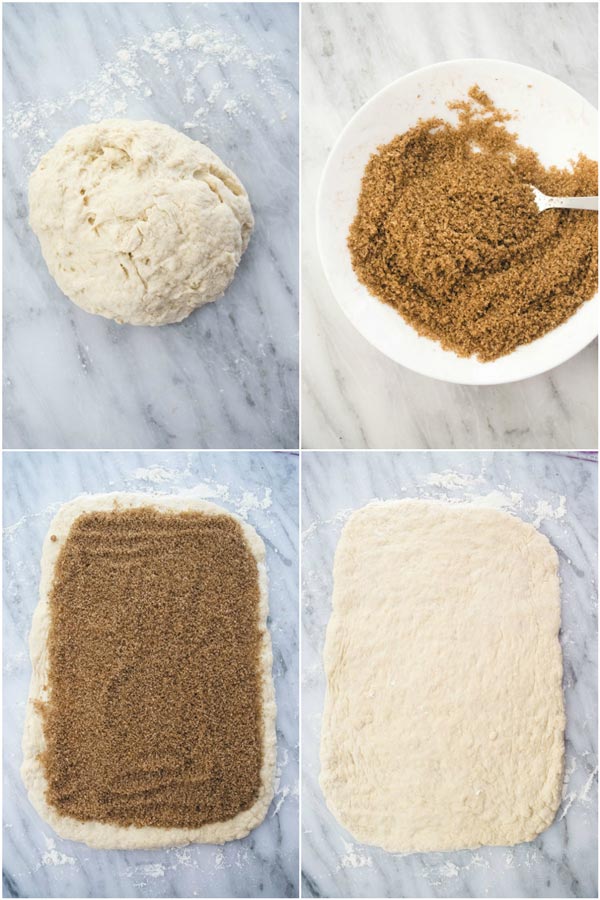 Making cinnamon rolls at home with this super fast 60 mins recipe is so much fun and you know your weekend brunch will be amazing! So once you make the dough, it is rolled and generously covered with cinnamon sugar mixture. 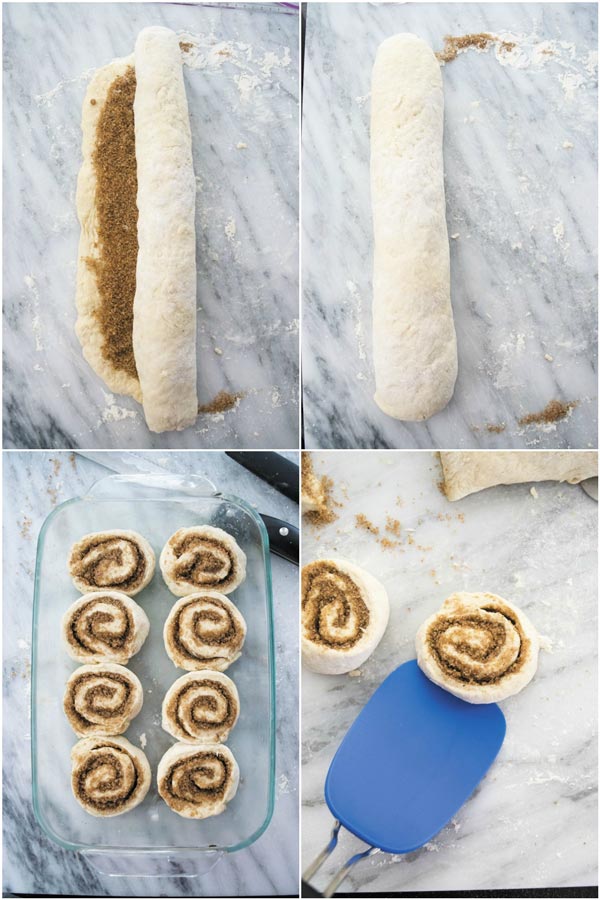 Then it is rolled into a tight roll and then cut into an inch rolls. All the rolls are then transferred to a baking dish. 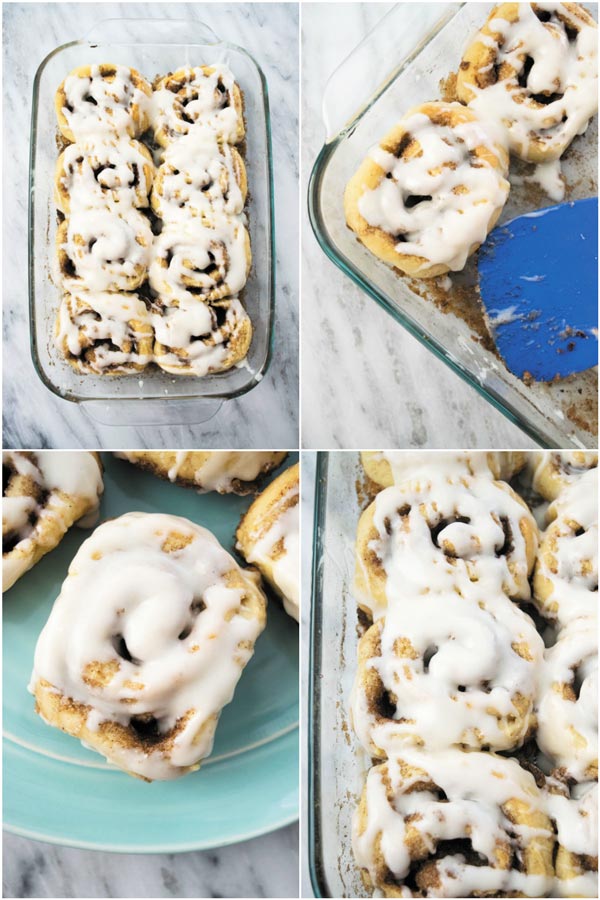 After baking they are immediately covered with this creamy cream cheese frosting which while taste testing, I ended up eating few spoons. 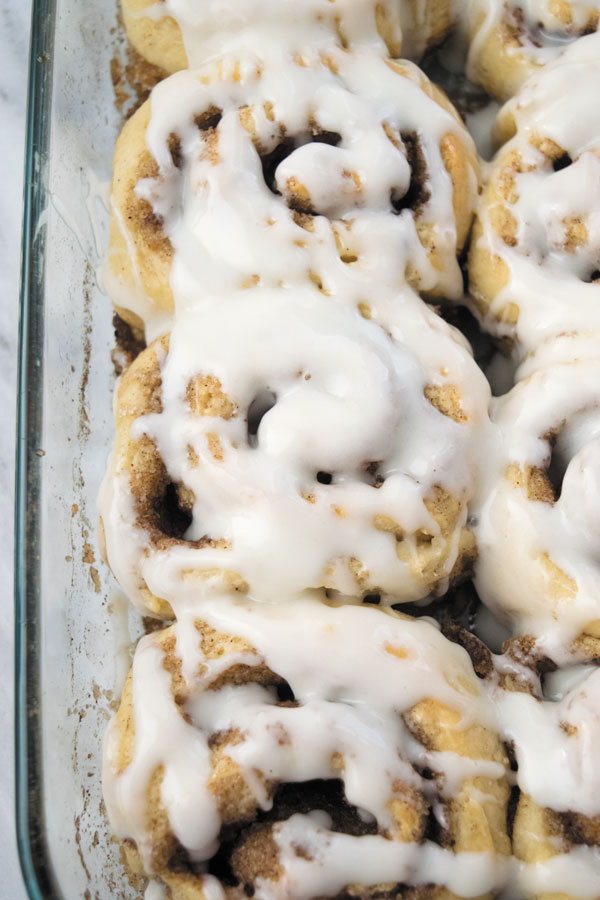 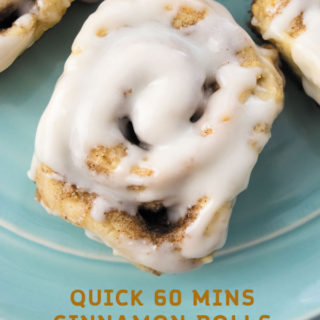 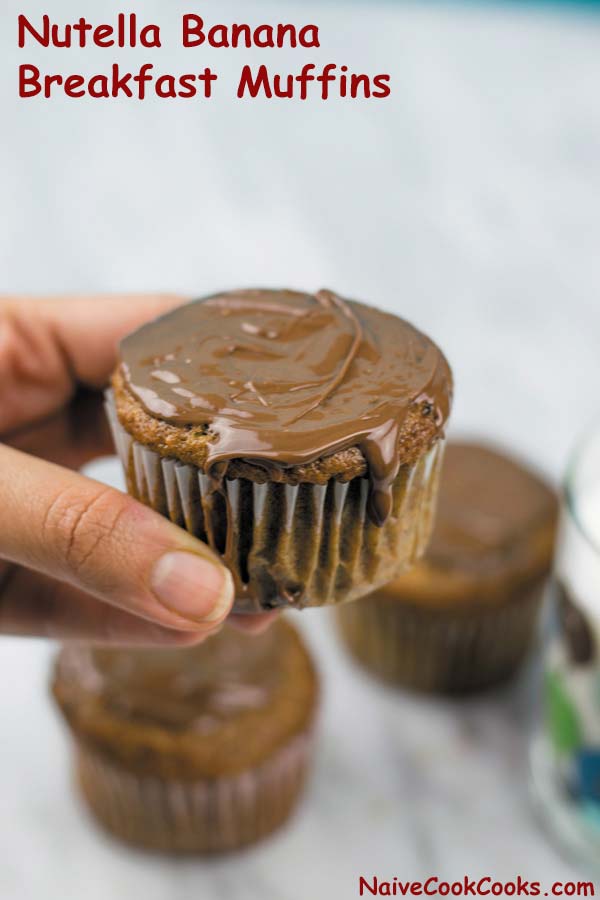 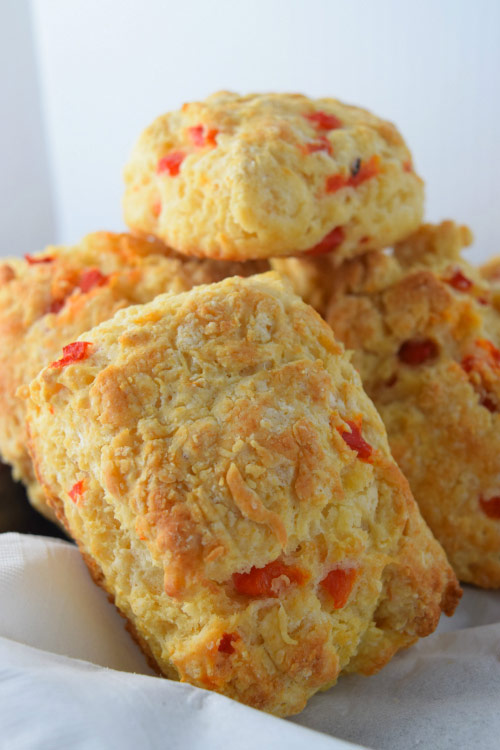 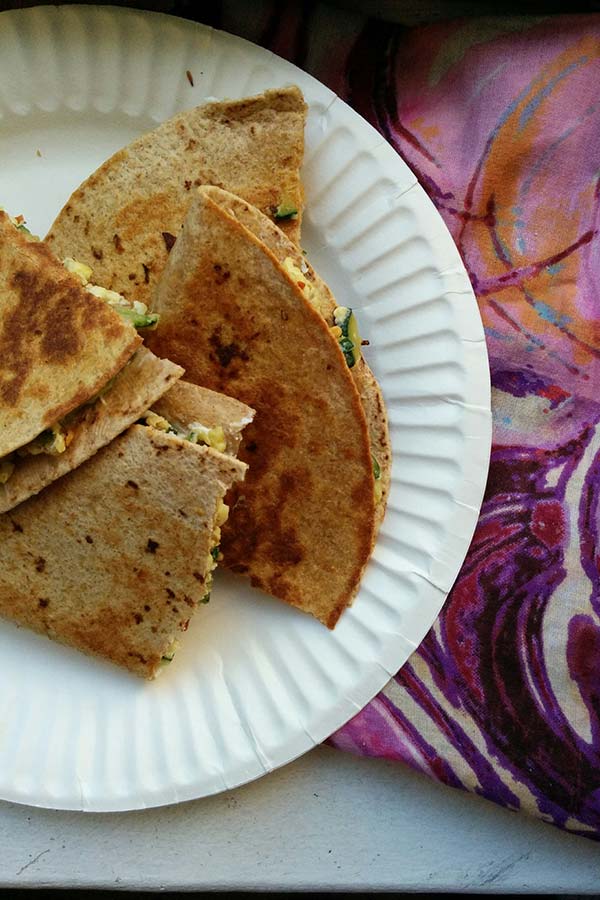