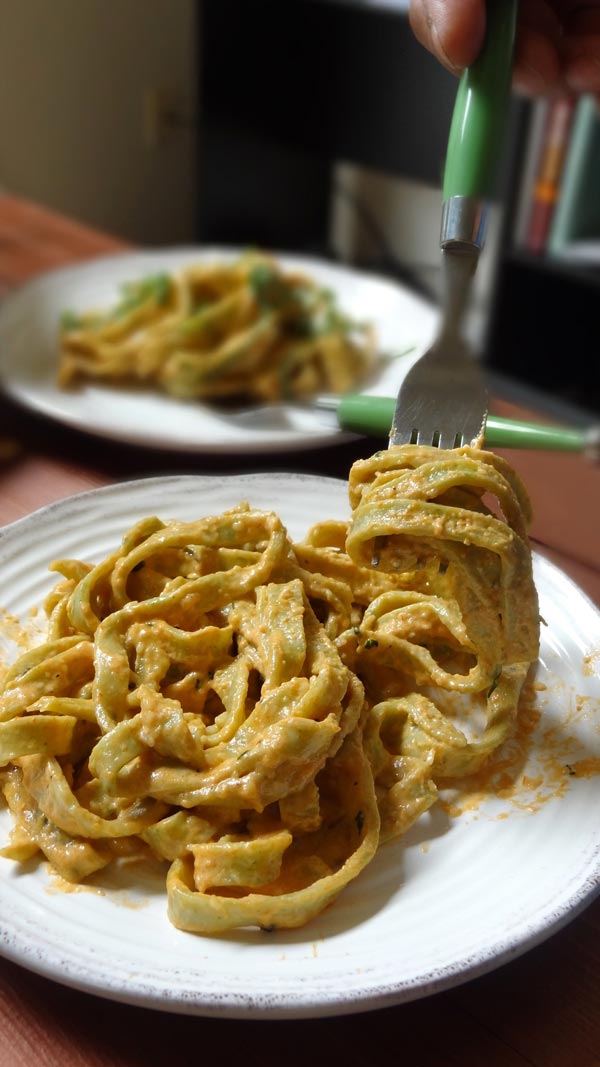 Last few days went by in deciding what to share with you. I had a so so strawberry cornbread recipe tucked under my belt and an amazing fresh homemade spinach pasta recipe. I won’t lie saying both were equally good. The cornbread recipe was adapted from Mark bittman’s cornbread recipe. I had some strawberries sitting around and on the verge of getting rot, so I ended up throwing them in the batter as well. I had big hopes with the recipe but I don’t know what went wrong. I was quite disappointed.  I really admire you Mr.Bittman. Usuall cornbread recipes are supposed to be buttery but what made me decide on this recipe was that there was no butter. Just little olive oil. Well I might give it another chance sometime in another year but for now I would like you to go and make fresh pasta. 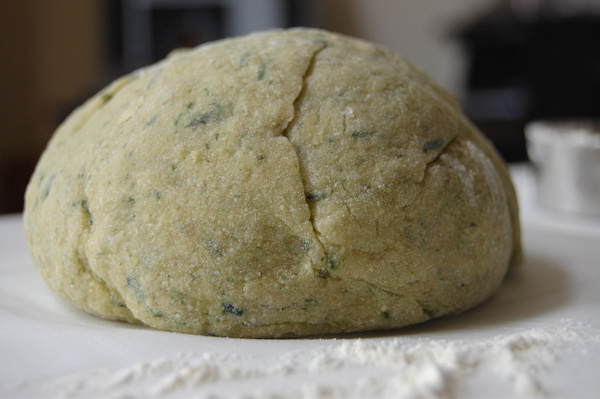 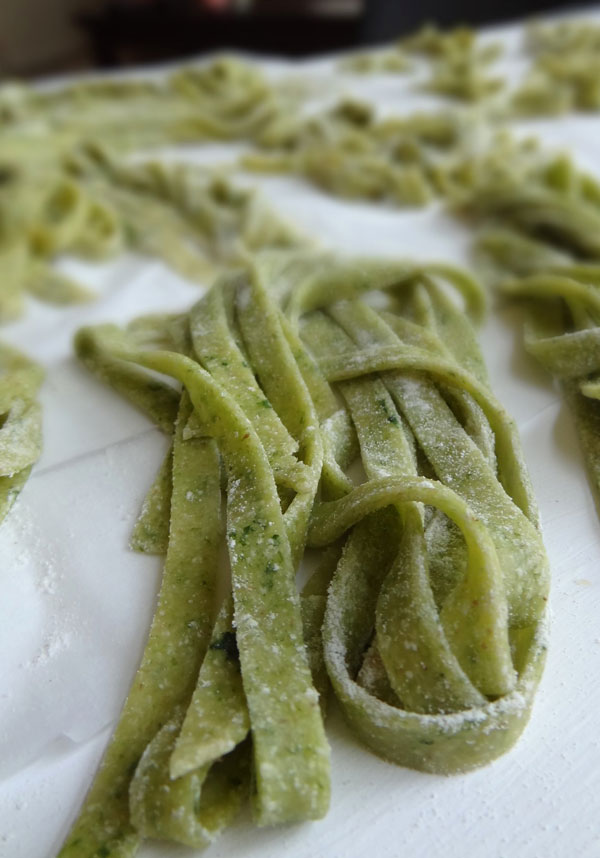 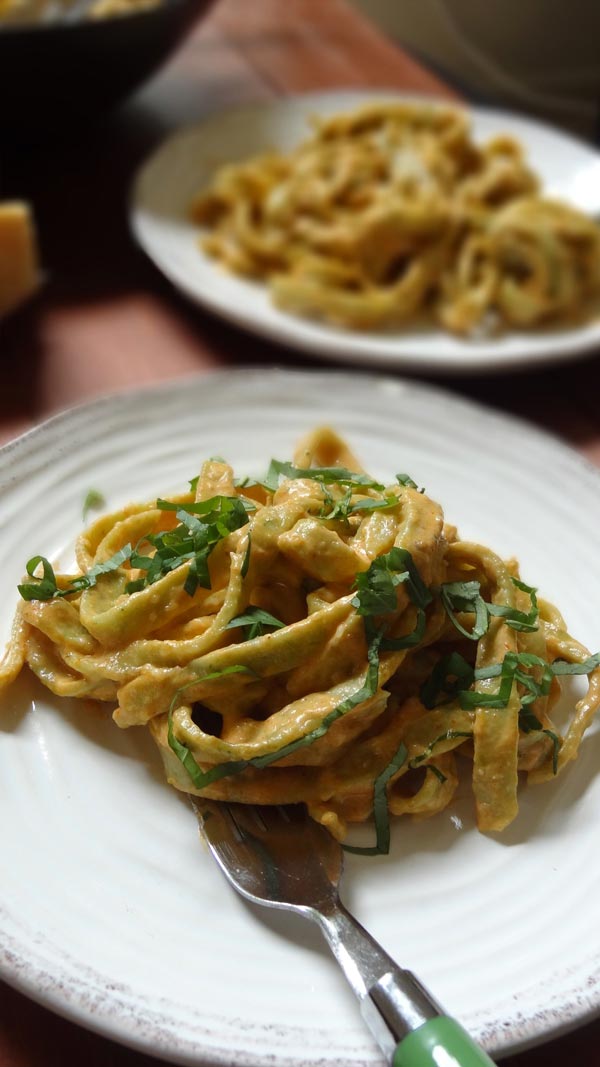 I know I sound crazy right?! But seriously fresh pasta can not be replaced. I always wanted to make fresh pasta at home but I was always scared at the thought of what if it breaks while boiling and turns into a giant lump of dough. I saw so many people making it successfully and writing about it. Finally when I gathered courage, I was shocked to learn how easy it is to make at home. Yes it takes time and you should never ever in your dream think of making it before going to work. Keep this for those special weekend meals and you will surprise everyone.

I used Chasing delicious’s recipe and I was very happy with the results. Within a week, we had it twice already. First time I made a simple white sauce with sauteed artichoke hearts and spinach. The artichoke hearts made every bite juicy and gave it a slight tang. Perfect.

Next time, Jerry made a wonderful pink sauce to go with it and I just had to share it with you. We realized that we were out of mozzarella so instead we used shredded parmesan and surprisingly it gave the sauce a nice chewy texture. A very simple sauce in itself, it came together in no time and these days Jerry cooks once in a blue moon so that was a treat.