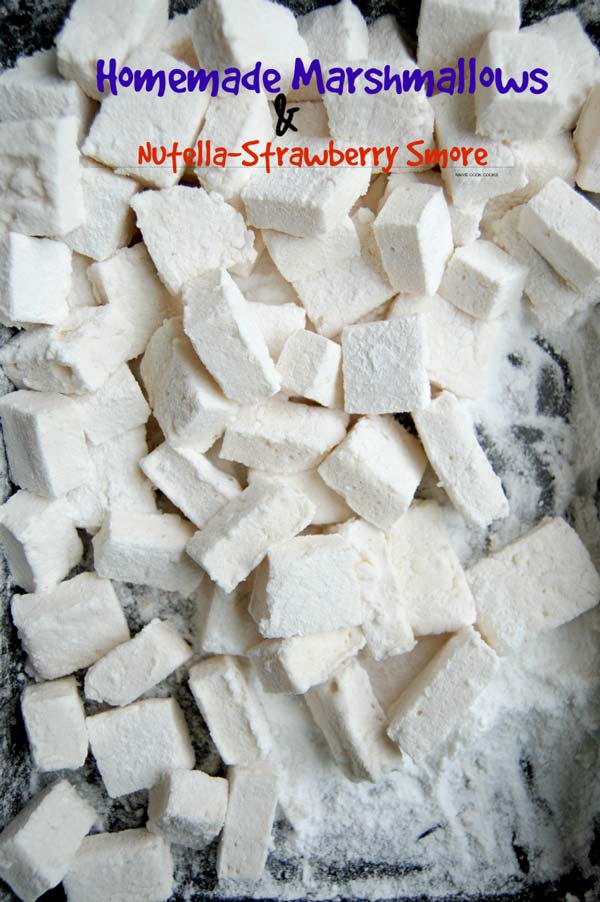 Until recently I had no idea that you can make your very own marshmallows at home and even after I found out that there are some crazy people just like me out there who would make marshmallows rather than buy, I had this thought that kept me bugging. I kept thinking that they are extremely hard to get right and I won’t lie that this thought crossed my mind even while I was halfway through the marshmallow making process. I told myself, if they turn out not so good, I will go back to them, may be in a month or so when I feel comfortable again handling the gooey mess.

But wrong I was. Not only was it a breeze to make my very own from scratch marshmallows at home but I already have plans of trying different flavored ones next. It requires patience and if you are good at reading the directions well and better at following them, you will end up with soft, fluffy, pillowy marshmallows. I wish I had a big marshmallow pillow. 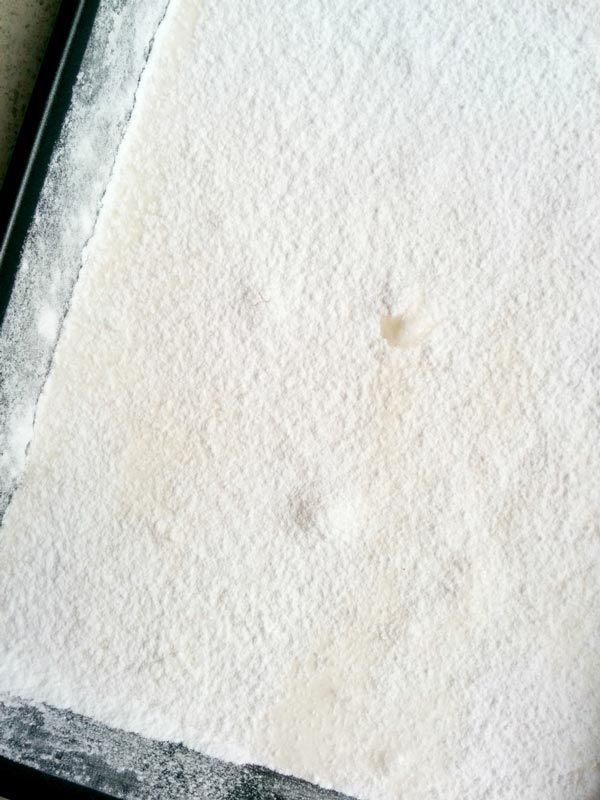 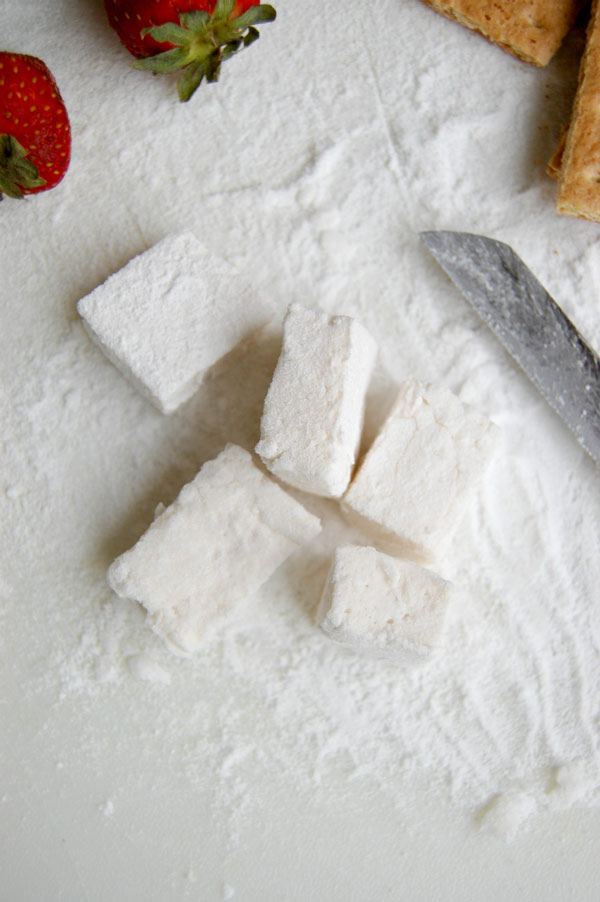 I had initially planned on coating these with loads of chocolate and toasted coconut but that idea got dropped midway when I realised all I wanted to eat was smore. After gulping down few plain classic chocolate smores, I wanted to try something creative.. Something that goes together very well but not often used in a smore. Well, nutella-strawberry are the perfect partners in crime and how can they not taste amazing in smore!

Oh and can you believe that this was my first classy smore?! Well I always had the regular melted chocolate and charred marshmallow stuffed graham crackers but this combination is just beyond imagination. 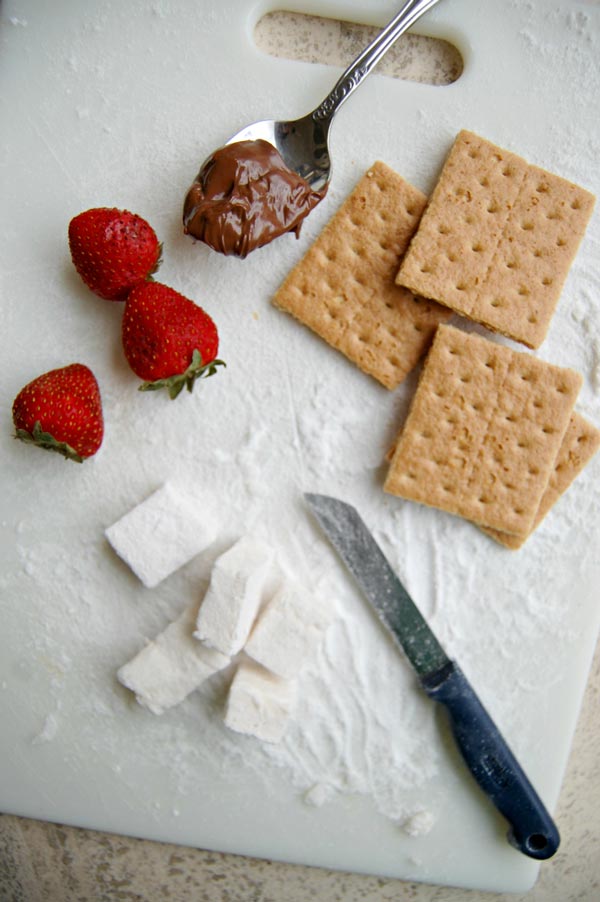 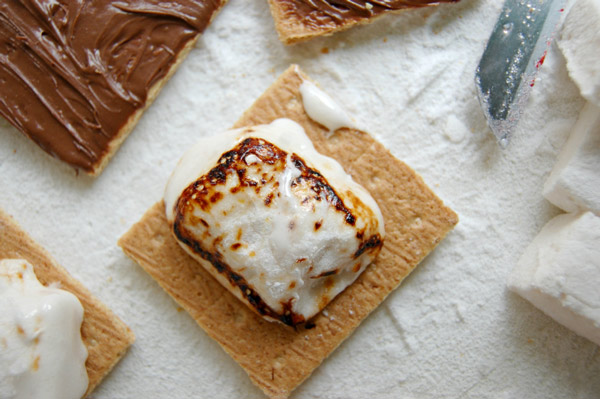 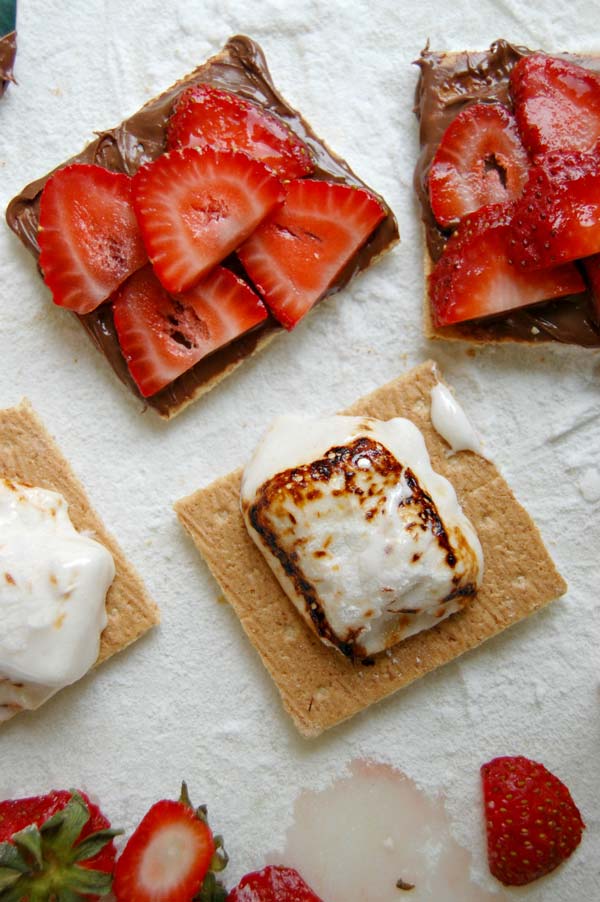 So simple and hey if you are not that crazy like me, you can totally buy marshmallows from store but seriously you need to do this smore combination this weekend! Gooey, sweet and tangy is the best way I can describe what I felt in my  mouth.