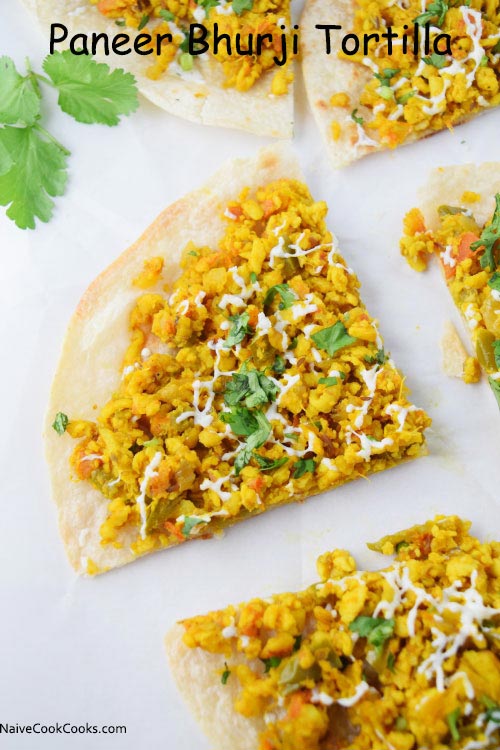 Today we are talking about fusion food, you know the sorts where you see crepes being turned into tortillas for enchiladas or putting samosa filling over a ready made french bread or stuffing enchiladas with thai fillings & then topping it with a creamy coconut sauce! I think you get the idea!

Today it’s all about two of our favorite food groups! Cheese + pizza. But with a healthy twist & packed with tons of flavors! This meal is idea for the soon to be starting game days and it is totally make-ahead sorts of meal! So win-win if I say so! 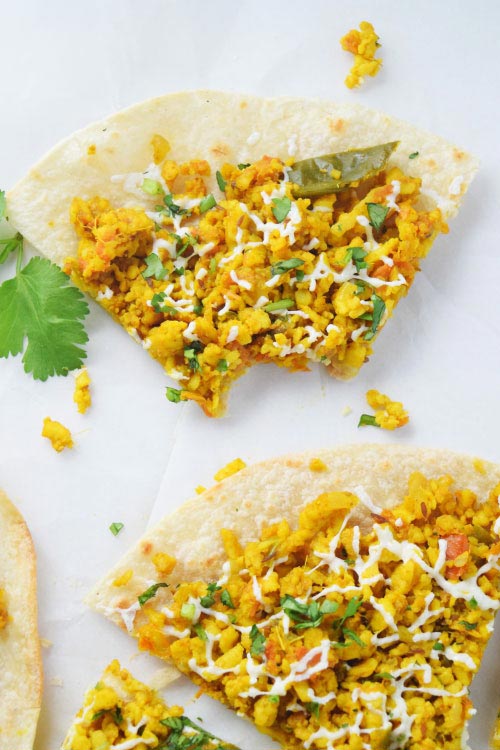 This pizza is my dream pizza as around here we love paneer bhurji. Paneer Bhurji is basically to separate words. Paneer = means Indian Cheese & Bhurji = means Scrambled. Here we grate our cheese and then it is cooked with veggies & spices to make such a fragrant & delicious scrambled cheese recipe that seriously I always end up eating quite a good amount in the name of taste tasting! 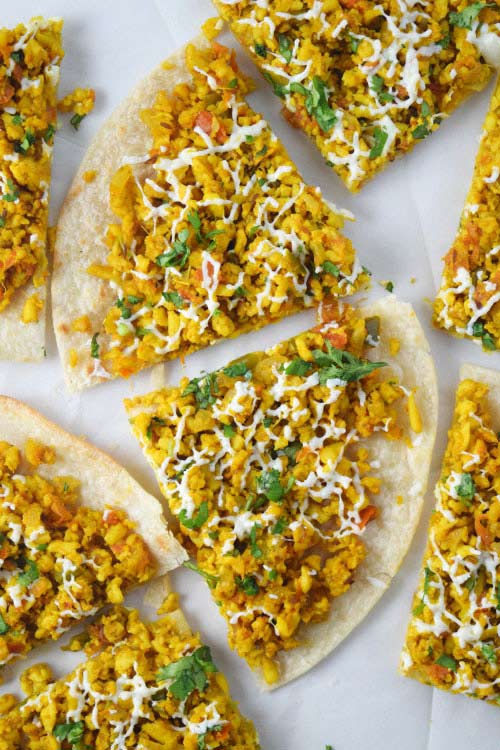 Served on a crispy tortilla and sprinkled with some mozzarella cheese, this is a wholesome meal option & a perfect game day appetizer or even back to school kids treat! Paneer bhurji can easily be made 2-3 days in advance and then used whenever you need. I sometimes even make it way in advance and then pack it tightly in a ziplock & freeze it for later use. Works like a charm!