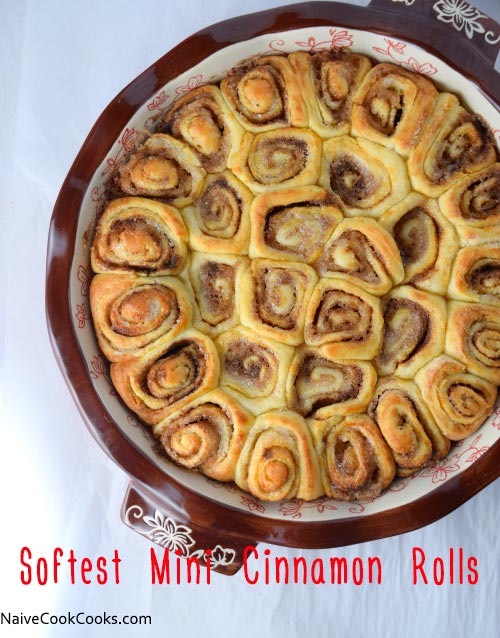 These Cinnamon rolls. I think every Monday deserves something like this. Something indulging, comforting that makes the transition from weekends to weekday a little easier. Yeah I know, I am not really a Monday person as you might have figured by now.

But it’s going to be a long weekend and I just can’t be happier. Can you believe this year is almost halfway done already? I mean where did it go so fast?! 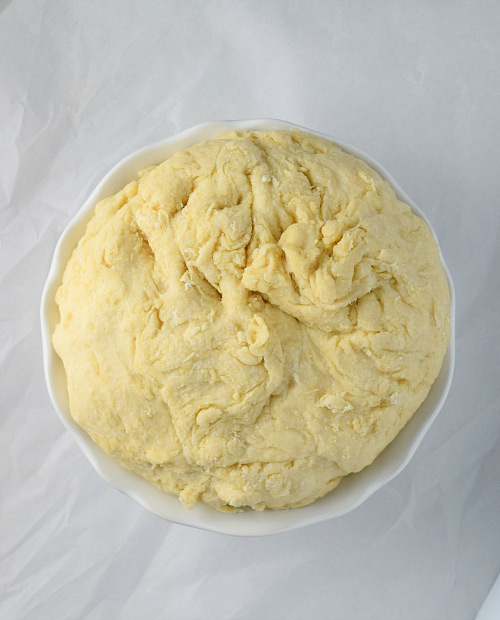 Well to make us all feel little better I made you guys bite sized “mini” cinnamon rolls. These are the softest, fluffiest cinnamon rolls around and so darn delicious. As soon as I made them I knew I won’t be able to stop eating the whole pan all by myself so I decided it was better to share with friends and family before I finish up the entire thing. And so I did. 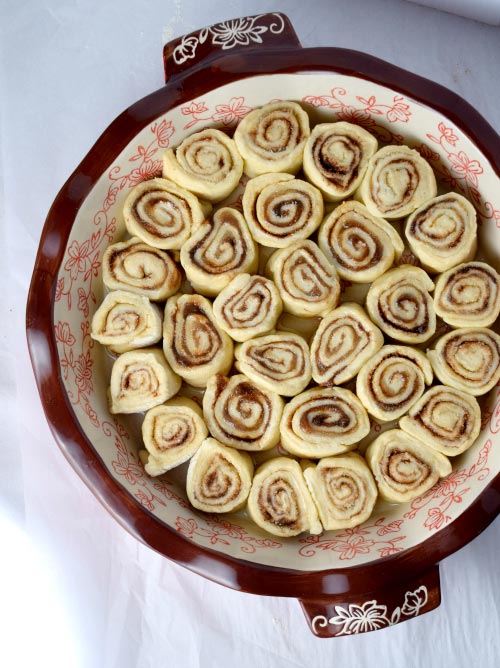 I mean last week while we were in Atlanta, I had the best cinnamon roll french toast in my life. They were so so delicious that as soon you take a bite, they seemed sort of melting in your mouth by themselves. Heaven in a plate I tell you. 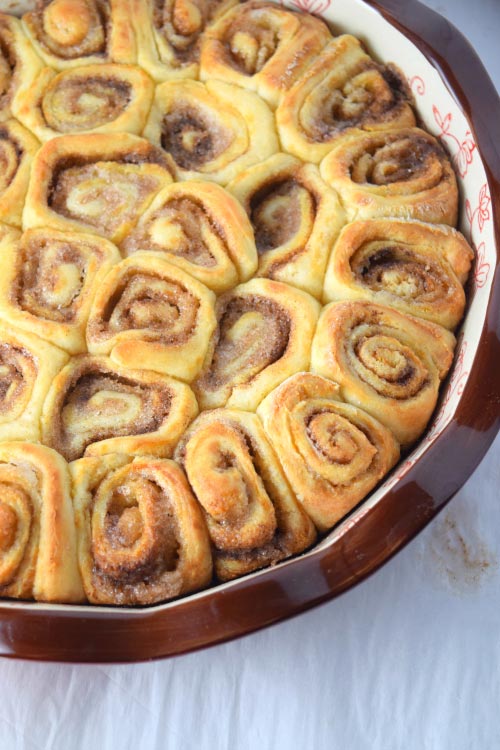 So here I was trying to recreate the same effect. I came pretty close but then as usually I decided to make them mini sized and well before I could save some to turn them into french toast, they were all gone for good. I mean you need these in your life. These are little bites of heaven in your mouth. 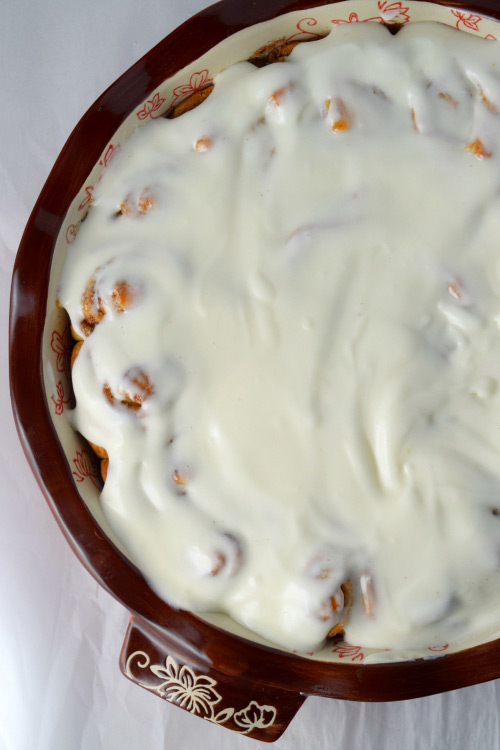 And that GLAZE! Well a seriously simple 4- ingredient cream cheese glaze which goes perfectly with these super soft rolls. The trick is topping the just out of the oven rolls with this glaze so it seeps into all the nooks & crannies and makes for the most blissful cinnamon roll eating experience. And sprinkles. Yes we are 5 years old and we are adding sprinkles on everything. 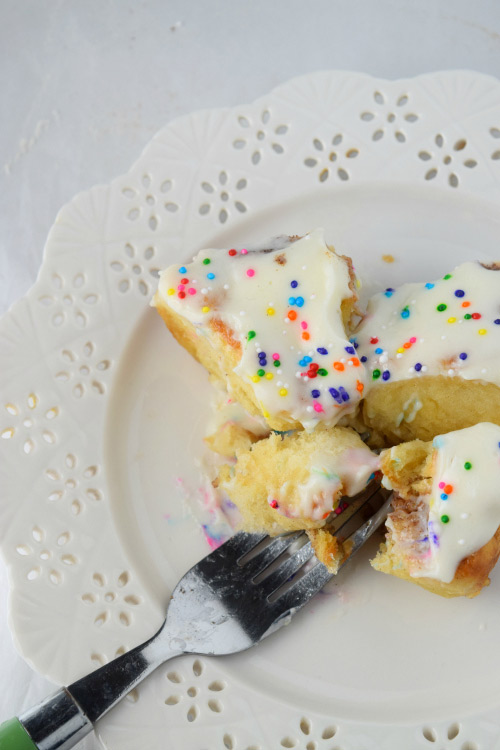