Delicious creamy good for your baby/toddler Peanut Butter Banana Oatmeal is packed with tons of nutrients and sets the tone for the day! 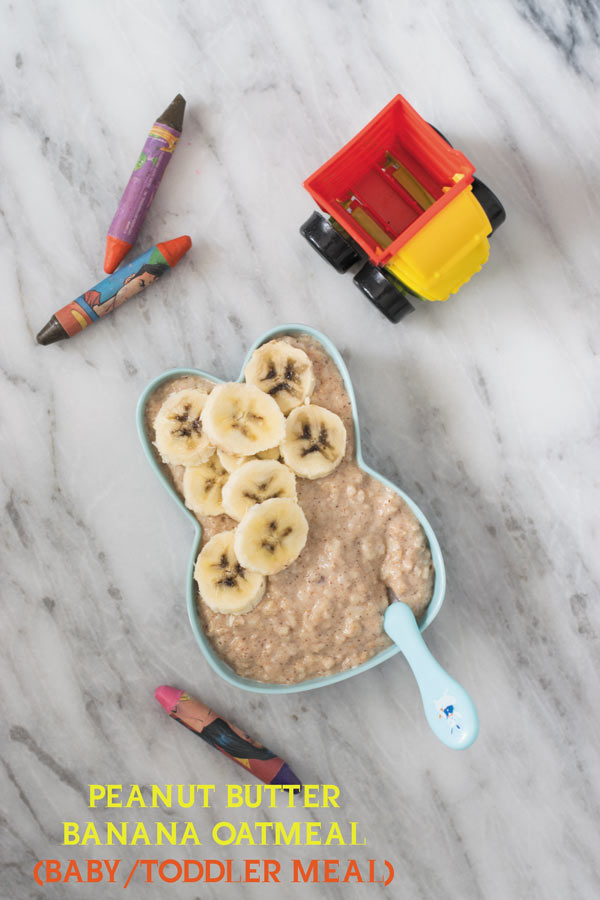 I have been meaning to share a lot more of what I feed  Aria in my baby/toddler food series and so from now on I will be sharing one recipe in this series every monday. Starting with her current favorite breakfast which she’s been loving lately and since it has so many good for her things in there, I have no problem in repeating this for breakfast every other day.

She’s been teething on and off and if you are wondering, she’s gonna be 2 years old coming June 6th. So because of all the teething, all she will eat is mushy foods that take no effort to chew. So instead of fighting her on that, I have been making tons of mushy foods for her and hiding lots of goodies in them ( which probably she won’t eat if I give them to her separately). 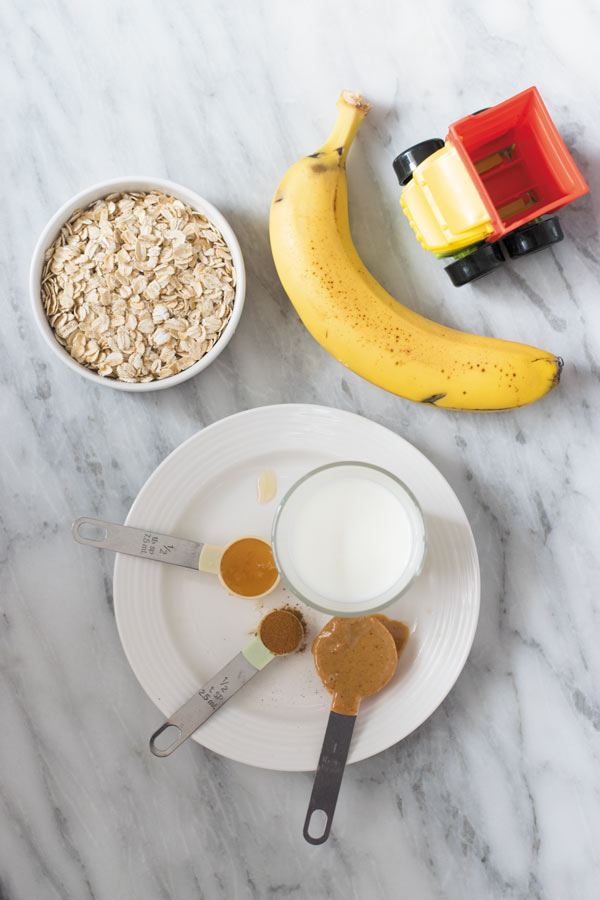 This oatmeal takes literally max 30 minutes from start to finish so when she wakes up, I put oatmeal with water to cook in a pot. Meanwhile I play with her, get her freshened up and by then oatmeal is cooked. I would usually cook a double batch so I will pull out half of the cooked oatmeal in a bowl and add cold milk (so it cools down faster), peanut butter, cinnamon, honey and banana ( some days I add half and some days I add full depending on the banana size. I have also used blackberries, blueberries, pear and apple successfully but if I am adding a fruit other than banana, I usually cook them along with oatmeal so they get cooked into it and the texture doesn’t bother her.) 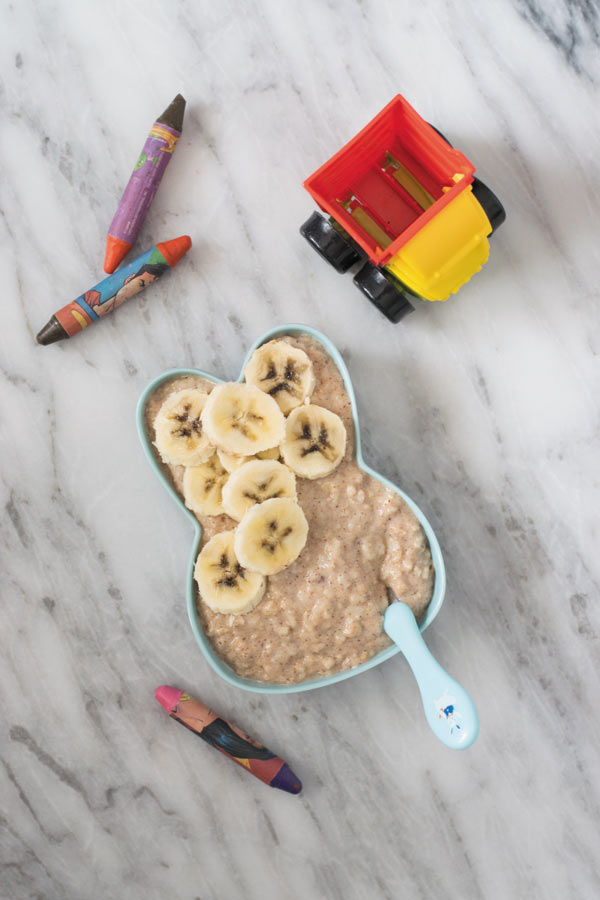 Then I just smash everything and mix everything nicely, taste test and feed her. Feeding her for breakfast sets the tone for the day for her and I worry a bit less as I know that even if she doesn’t eat properly all day, she had one meal packed with lots of good stuff. 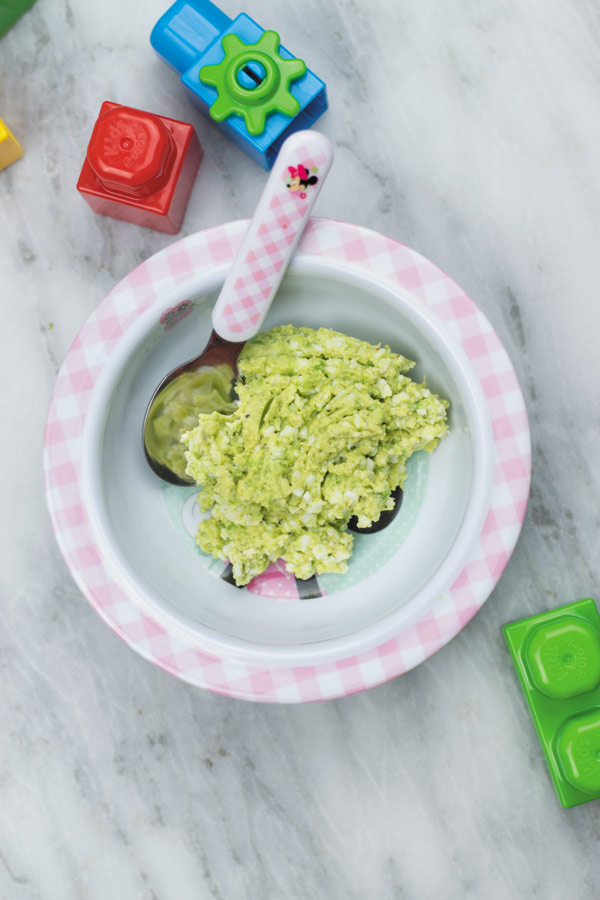